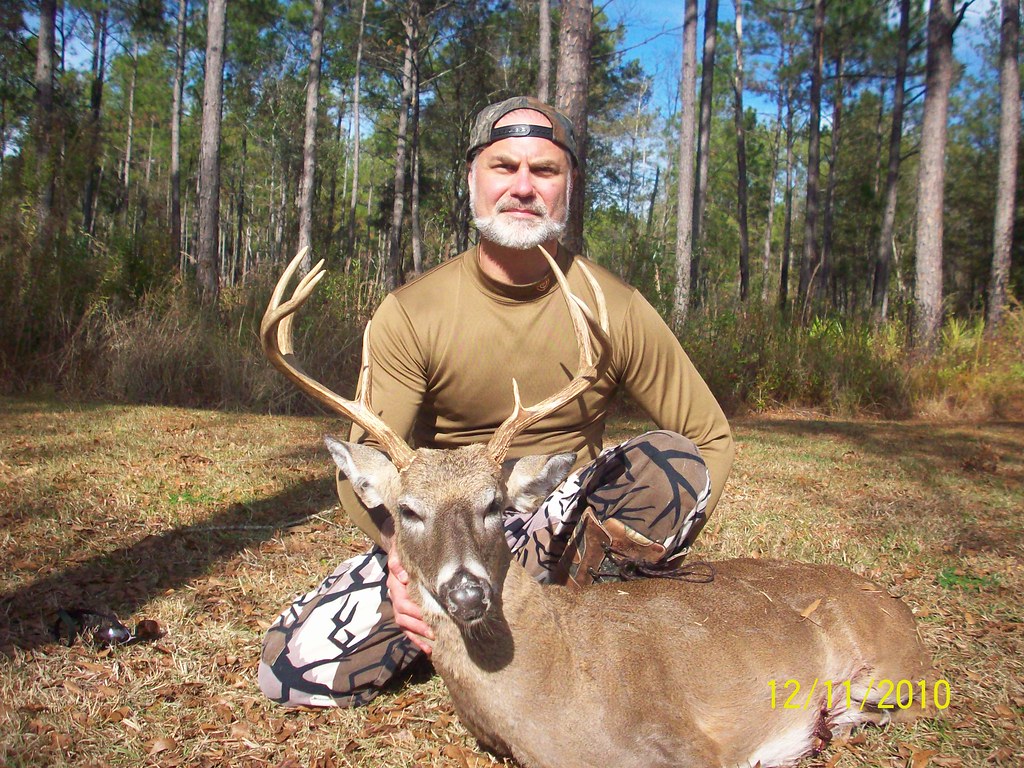 Although there’s been a decline in the number of hunters in the U.S. over the last few decades, hunting deer is still a popular outdoor activity. If you’re a novice hunter, you may wonder what caliber to use.

The .243 Winchester cartridge is an ideal size for hunting deer due to the round’s small, lightweight size and penetrating power.

The Birth of the .243 Winchester

The .243 Winchester was developed in 1955 as a necked-down .308 Winchester cartridge for use in the Winchester bolt-action Model 70. Prior to the .243 Winchester’s production, the most popular rounds for hunting varmint and deer were the .250-3000 Savage and .257 Roberts.

At the same time, Remington marketed a .244 for the bolt-action Model 722. However, since the Winchester had a 1:10 twist, stabilizing light and heavy grained bullets, whereas the 1:12 twist in the Remington meant that anything over 90 grains would start to wobble. The Remington version never caught on since experienced hunters often used heavier grained rounds.

What Grain is Best?

Factory loads are generally 80 grain. This is probably not quite enough for deer but is great for hunting fox or coyotes. You need a slightly larger grain to have a chance of getting the best results when hunting deer.

You can use lighter loads for smaller game. A .243 round with anywhere between 55 and 70-grain bullets is perfect for shooting varmints like prairie dogs, squirrels and crows.  The high muzzle velocity, 4,000 feet per second, gives you great stopping power.

There are multiple reasons why.243 Win. rounds are the preferred caliber by the majority of deer hunters:

There are many big-game hunters who use these cartridges on mule deer, which can be slightly larger than whitetail deer. Hunters also often choose the .243 when hunting pronghorns, wild hogs, coyotes, and white- or black-tailed deer.

Although it is a great deer and small game round, due to its weight and size, most hunters do not recommend using it for larger game such as bear or elk.

There are some hunters who don’t think .243 Winchester rounds are large enough to make an ethical shot. Unless the bullet is monolithic (solid metal bullets without a jacket) or a hardy, controlled-expansion bullet that’s designed to increase penetration and retain mass, there’s a good chance the round won’t go all the way through the deer.

The main limitation of .243 Winchester ammo is that the bore size can restrict the maximum weight of the bullet to 105 grains. However, these cartridges can compensate for the weight limit with their high velocity.

However, .243 Winchester ammo does not have an impact velocity that favorably compares to the terminal ballistics of larger cartridges like .260 Remington or 7mm-08 Remington ammo. The stopping power simply isn’t the same, despite its speed.

As a result, this ammo caliber isn’t ideal for laying down a blood trail that can lead you to where a struck deer is headed. Unfortunately, because deer that have been shot in the lung or the heart usually run for several more seconds before collapsing, this could mean you could lose track of it and lose your kill.

The best environment to use a .243 cartridge in is open fields where the deer have little chance of hiding. Of course, if you are a seasoned tracker, you can confidently use this cartridge in wooded areas also.

As deer typically move in a circle and head downwind of their initial location after being struck, you can walk in a 40-yard circle from the point of impact and with or without a blood trail, if your shot was on target you will find your prey.

Although it isn’t the strongest caliber, the accuracy of .243 Winchester rounds can allow a hunter to have deadly shot placement with the right amount of practice. You can even take a heart shot from 200 yards away with .243 Win. ammo if you practice enough.

Unlike other calibers, you need to spend time at the range and with targets perfecting your aim and precision. Measure for distance, velocity, and windage to ensure your hunting trip is a success and you come home with a prize buck.

Be ready for deer hunting season. Find .243 Winchester ammo and other ammunition and gear for your next hunting trip at FirearmsPricesOnline.com. We offer weekly deals so you can save instantly on firearms, ammo, and accessories.

“Keep your eyes on the prize”

Here’s How Hydroponics Can Help You Save

The Pros and Cons of Emergency Food