9mm Ammo: What It’s Best For

One of the most well-known and commonly-used rounds today is the 9mm cartridge. The 9mm round has proven effective in military, law enforcement, or civilian applications. Whether used in combat, for self-defense, law enforcement, or home defense the 9mm provides the stopping power to neutralize most threats.

The affordability of these rounds and their widespread availability contribute to this caliber’s popularity.

The 9x19mm cartridge has an interesting history because it wasn’t always the ammunition of choice for gun owners and law enforcement.

A Brief History of the 9mm Luger

Georg Johann Luger designed the 9x19mm Parabellum in 1902 and weapons manufacturer Deutsche Waffen- und Munitionsfabriken (German Weapons and Munitions Factory) introduced it to the market, adapting it from the 7.65x21mm Parabellum that he designed in 1898.

The 9x19mm Luger ammunition was specially designed for the Luger semi-automatic pistol, also known as the Pistole Parabellum.

While the 9mm cartridge contains effective stopping power, the recoil in older handguns sometimes made it difficult to fire, especially for gun owners using their weapons for self-defense. The larger size of the ammo also made it difficult to carry or load many rounds.

As modern pistols and revolvers addressed recoil and magazine capacity in their design systems, 9mm soon became a favorite for gun owners and law enforcement agencies across the globe.

Police Use of 9mmx19 Ammo

In 2014, the United States Federal Bureau of Investigation published a report about the potential effectiveness of 9x19mm Parabellum cartridges when compared to calibers like .45 ACP (Automatic Colt Pistol) and .40 S&W cartridges. In this report, the FBI suggests that 9mm Luger cartridges outperform the majority of the premium line .40 S&W and .45 Auto rounds tested by the FBI.

In addition, the FBI has indicated that firearms chambered for 9mm Luger ammo have higher magazine capacities, reduced recoil, and more affordability, both in terms of ammo prices and potential wear on the firearms.

They also discovered that 9mm Luger ammo has higher functional reliability rates in firearms issued by the FBI. The majority of FBI shooters found better performance in their shot strings and were more accurate when shooting 9mm ammo compared to shooting .40 S&W rounds in similarly-sized weapons.

The FBI found no discernible difference in the wound tracks between 9mm Luger ammo and .45 Auto ammo. Ultimately, law enforcement officials can field firearms that chamber 9mm Luger and have the performance potential of larger law enforcement pistol calibers, without any of the disadvantages.

As a result of these factors, 9mm Luger ammo is the choice of ammo in most service weapons issued to law enforcement officers. 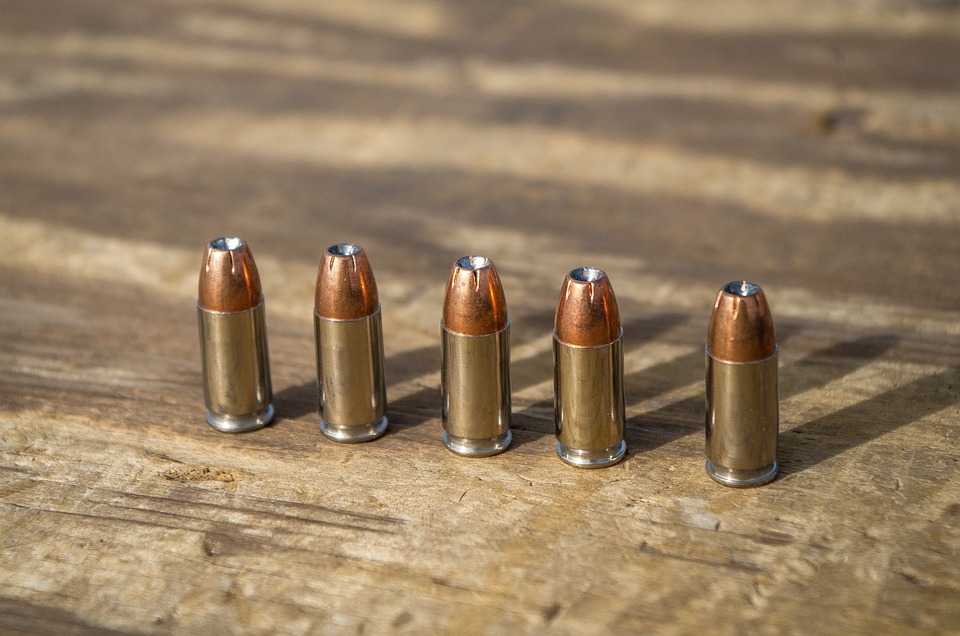 Variants of the 9mm

Although 9mm Luger ammo is the most commonly discussed and popularized variant of the 9mm family, there are quite a few other 9mm cartridges.

The most popular member of the 9mm family outside of 9mm Luger is .380 ACP, also called .380 Auto. Invented by John Browning, it uses the same size bullet as 9mm Luger, but in a much shorter case.

Another member of the 9mm family is .357 SIG rounds, created by popular firearms manufacturer SIG Sauer. These cartridges, prized for their high-velocity, accuracy, and significant stopping power, are in heavy use by law enforcement officials.

If you’re looking for armor-penetrating 9mm cartridges, .38 Super rounds are an excellent option. This ammo is also highly effective for Race Gun competitions because of their combination of power and relatively low recoil. Because of their muzzle brakes, they also have the advantage of allowing the shooters to have a fast follow-up shot.

Designed by John Browning around the same time that Georg Luger designed the 9x19mm Parabellum, .38 ACP (Automatic Colt Pistol) cartridges (otherwise known as the .38 Auto) have a higher pressure loading than .38 Super. The metric designation for these rounds is 9x23mm SR (semi-rimmed).

Valued for their accuracy and manageable recoil, .38 S&W Special cartridges (which many simply call the .38 Special) are commonly used for revolvers and were in heavy use by law enforcement officials in the 20th century. It was also popular for military officials during World War II due to the use of the Smith & Wesson Victory, which was chambered for .38 Special rounds.

In competitive shooting, 9x25mm Dillon and 9x23mm Winchester cartridges meet the power factor of IPSC and have become popular for competitive marksmen.

The 9mm family of ammunition is responsible for many of the best and most useful cartridges used in handguns and rifles. A testament to their accuracy, power, and reliability is their popularity among law enforcement officials, but they’re also used for hunting, competition shooting, target shooting, and self-defense.

If you want the best selection of 9mm ammo, FirearmPricesOnline.com has the deals you need.